Posted Fri , May 28th, 2021 at 2:31 pm
by Ruby Lane
Early 20th century illustrator Grace Drayton invented a captivating world of chubby-cheeked children, some of which have become cultural icons in America.

Grace Gebbie, born in Philadelphia, PA on October 14, 1878, would become known the world over for her illustrative artwork. She enjoyed great commercial success in her lifetime which enabled her to exercise a degree of social freedom not enjoyed by most women of her era.

Grace was one of seven children born to George and Mary Gebbie. She and her brother and five sisters grew up surrounded by both art and commerce. George Gebbie ran a successful business as a lithographer and publisher of fine arts, with businesses in Philadelphia and New York City. Grace was sent to study at the Philadelphia School of Design for Women. She went on to take drawing classes at the Drexel Institute.

In 1897, at age 17, she had her first commercial sale of an illustration and her career began in earnest. In 1900 she married Theodore Wiederseim. Artwork by Grace from 1900 to 1911 was signed Grace Weidersiem. She became a part of the growing movement of women in the arts that was spreading throughout the USA at the time, joining the Plastic Club in Philadelphia from 1905 to 1909. The Plastic Club, like so many other groups of this type springing up in the early 20th century, was meant to be a place for female artists to work, mentor each other and support the arts. The club was founded by American engraver and painter Emily Sartain. Other notable artist members included Jessie Willcox Smith and Elizabeth Shippen Green, among many others.

In 1911 Grace was divorced from Wiedersiem and married William Drayton. She would continue to use the name Drayton for the remainder of her career despite divorcing William in 1923. Grace would draw a number of syndicated comics during her career. She became the first female cartoonist to be published by the Hearst syndicate with her Toodles strip which debuted on March 22, 1903. Over the course of the next few months, she developed what would become her signature style for future cartoon strips. These set her child characters in fantasyland adventures, illustrated with images illuminating parts of the story while a contiguous storyline ran below the images. Other of her comic strips included The Turr'ble Tales of Kaptain Kiddo and her Dolly Drake and Bobby Blake in Storyland. These two comics were created in partnerships with Grace's sister, Margaret B. Hays, with Grace doing the drawings and Margaret providing the text. The sisters would work together on a number of projects including children's books.

Almost from the start of Drayton's illustrative career her characters jumped from the printed page into the world of dolls. Her designs lent themselves perfectly to the lithographed cloth dolls popular in the early part of the 20th century. Grace retained the copyright to her works which allowed her to contract with various firms to make her characters in doll form.

In 1904 Grace would create characters which would become iconic in the field of advertising. During this time Grace was married to Theodore Weidersiem who was a lithographer. Among his clients was the Joseph Campbell Company, founded in 1869. By the early 20th century, the Campbell company was heavily promoting its line of condensed canned soups. Weidersiem was printing the street car advertising cards used by Campbells and he suggested to his client that incorporating images of healthy, wholesome children to these ads might increase sales. The Campbell Kids quickly won the hearts of the soup buying public as their ads appeared in numerous magazines and other print formats. These advertising logo stars also gained the attention of doll making companies who were always looking for novelty items to add to their lines. In 1910 Campbells licensed their characters to the E.I. Horsman Company who manufactured the dolls in composition. The dolls were sold through the large mail-order companies of the day, in shops and would over the years be used as advertising premiums as well. Campbells would go on to license these advertising dolls to other companies and through the years they would go on to be made in cloth and vinyl in a variety of sizes and costume variations.

Through the 1920s and into the 1930s Drayton continued to have great success with her work, her designs would be used not only for dolls but for many other products as well. The popularity of her style is evident not only in these licensed products but also in the numerous products made in imitation of her work.

Grace Drayton died on January 31, 1936 and is buried in Holy Cross Cemetery in Yeadon, Pennsylvania. Her work lives on in the drawings she created, the dolls made from her designs and in the history of American advertising logos, keeping her in good company among the most important female commercial artists of the 20th century. 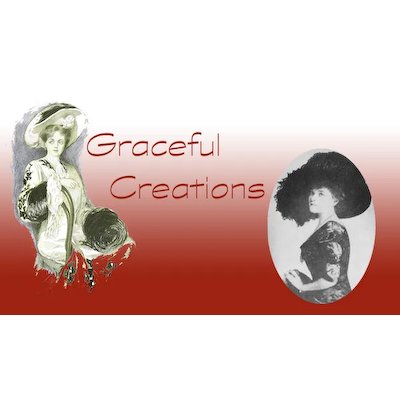