A Special Eye For Hidden Treasures 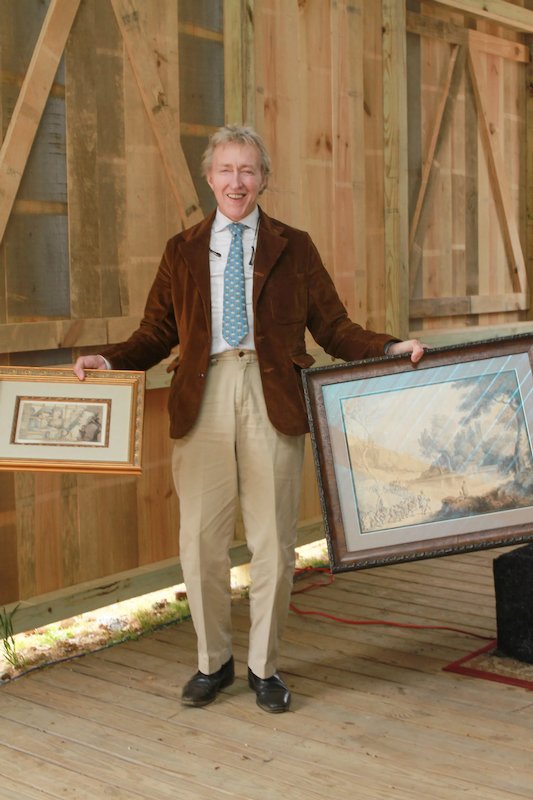 One of America’s best-known ambassadors of the antiques realm is Leigh Keno of PBS renown. He and his twin brother, Leslie Keno, helped propel Antiques Roadshow to its outsized popularity, inspiring fresh generations of collectors to comb through yard sales and family attics.

For their acumen and on-air insights, the dashing brothers received a National Humanities Medal from President George W. Bush in 2005.

So, it was a very big deal when Leigh Keno, president of (the often record-setting) Keno Auctions on New York’s Upper East Side, headed to Round Top to wrap the final week of the Spring Antiques Show and inaugurate the newly minted events venue The Halles, which is founded and owned by PaperCity’s Round Top Publishers.

The Leigh Keno Appraisal Day, made possible in part by Ruby Lane, was live-streamed on rubylane.com, adding to the cinematic excitement of the rapt audience and the appraisal participants toting or wheeling in their treasures. 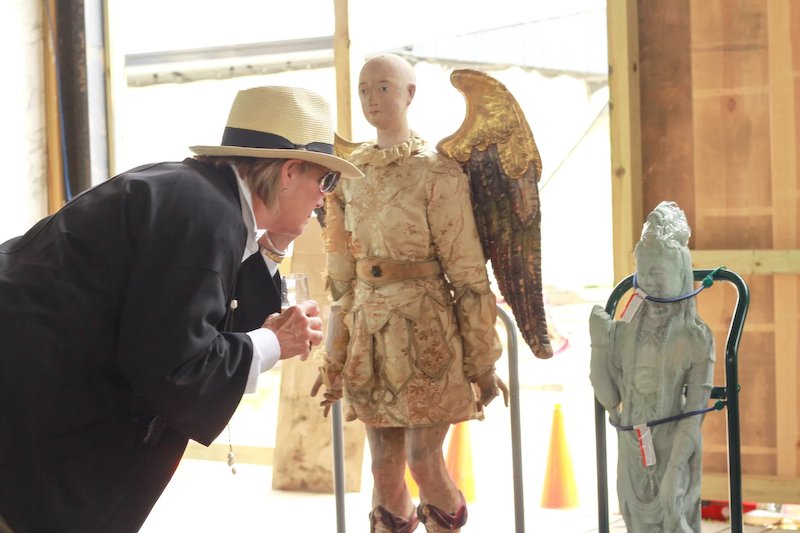 The day also gave back, with a portion of ticket sales and appraisal fees benefiting Burton, Texas-based Camp for All, which focuses on inclusion and activities for kids with challenging illnesses and special needs, enabling them to experience a barrier-free camp life.

The morning of the event, diehard Roadshow and PBS fans lined up with their vetted items, in most cases family heirlooms, waiting for the 2 pm appearance of headliner Leigh Keno. Keno was joined in one segment by his equally charismatic son, Brandon Keno. 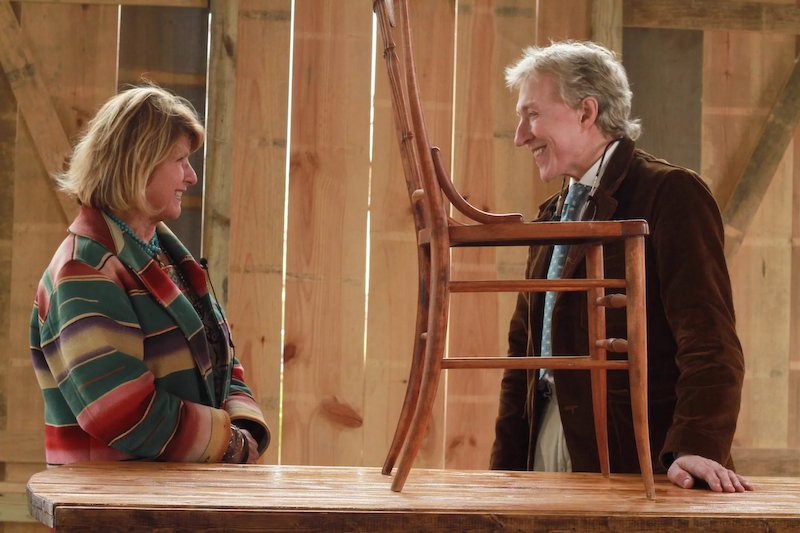 During the next several hours, Keno captivatingly disarmed both the crowd and the appraisal seekers, serving up insights and offering anecdotes spanning centuries and continents, while decoding a startling array of diverse objects from rare books to Asian and American porcelain, Georgian tableware, 18th- and 19th-century clocks, and even a pair of cowboy boots signed by a celebrated personage. Plus there was a special chance to glimpse a drawing made by the teacher of Michelangelo.

As Keno tells PaperCity, the objects at hand became “about more than about obtaining an appraisal value, but vehicles to talk about personal histories and family narratives.” 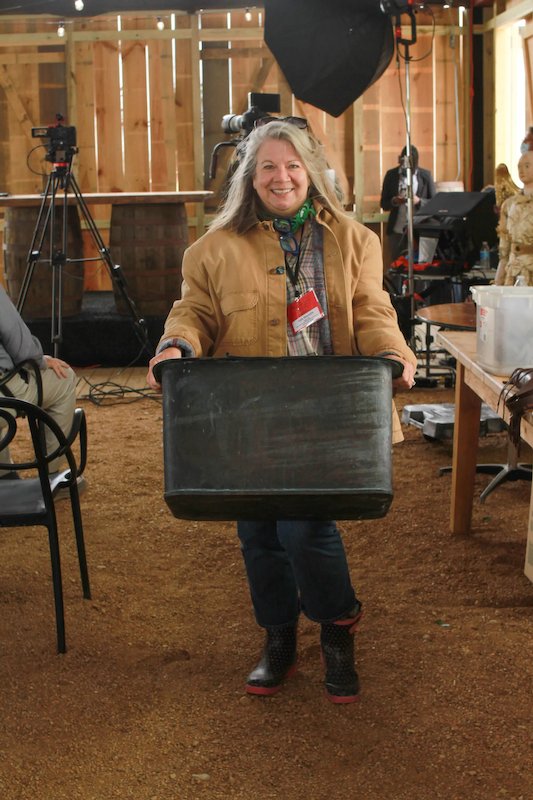 Also sighted: a descendant of a signer of the Declaration of Independence, Melinda Abell, with her Rose Medallion Chinese export porcelain pitcher and bowl (from her family’s 18th-century shipping business) and Neoclassical Tucker Porcelain compote (a similar one graces the MFAH’s Bayou Bend Collection); and Ana Gore, bearing her late father’s Rivers & Son 18th-century carriage clock made in London that still keeps impeccable time. (Her family’s biz is horology — specifically the firm Alberto & Sons, the go-to for antique clock repair in the Houston area.) 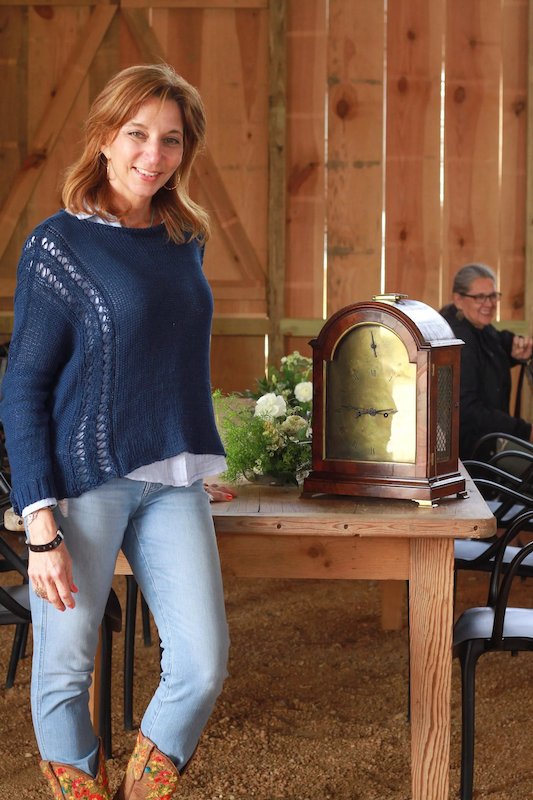 Also toting treasures: Martha Turner Sotheby’s Linda Plant with a 19th-century American chair in tow that she inherited from her mother; Nancy Baird, displaying an inherited 1760s cruet set (appraised by Keno at $9,500), which came with all its original receipts of sales; Gayle van Brummen and her family Bible written in Dutch, circa 1619; designer Jane Broyles with a carved Chinese figure of Guanyin, inherited from her father and acquired when he was American military brass posted in the East after World War II; Lynda and Henry Churchwell with, respectively, an early copy of Dante’s poems and a Chinese tea box; Tom Burks, bringing a suite of Thomas Rowlandson 18th-century caricatures; Lauren Monroe, wheeling a full-sized carved angel sculpture thought to have come from an 18th-century Italian church; and Ruby Lane’s Alex Gardner — a descendent of Boston doyenne and museum founder Isabella Stewart Gardner —  with the surprise of the day: an exquisite, 15th-century drawing by Michelangelo’s mentor, Domenico Ghirlandaio. 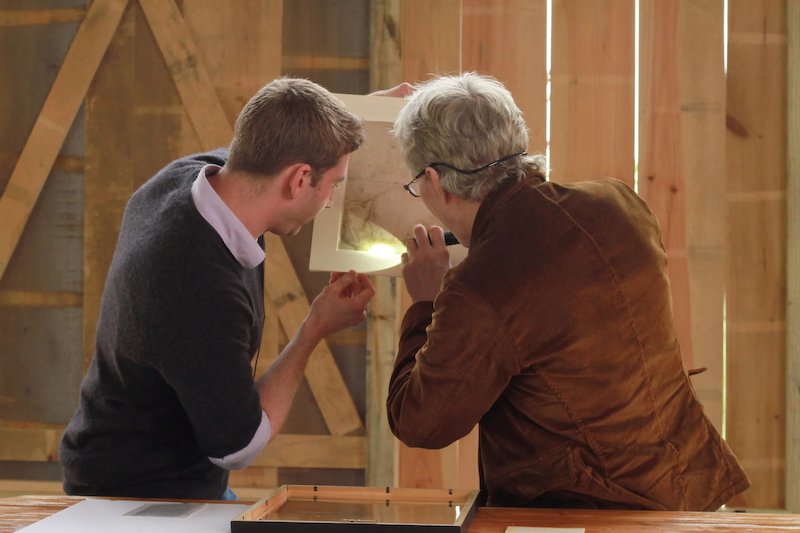 The final flourish was provided by Camp for All’s camp director Kurt Podeszwa, who movingly spoke about the nonprofit’s mission and thanked Leigh Keno and The Halles for raising awareness and giving back.

Applause, applause to The Halles’ sponsors for the venue’s debut during Round Top Spring Antiques Show: Circa Lighting, Moderno Porcelain Works, and Perennials and Sutherland.

Back to all Articles