Tom Johnson knew there had to be a better way to find the things he loved. So he started a company, named it after his mother, and changed how we shop in the online vintage marketplace.

Like all good ideas, this one started at a kitchen table. Only Tom Johnson’s kitchen table was filled with his mother’s Franciscan Starburst and Red Rooster Metlox Poppytrail dinnerware.

Johnson was just a kid when the idea took root. He had no way of knowing where all those kitchen table meals on splashy dishes that captured his imagination would take him, but they were certainly shaping his future – a wildly fun and brightly colored future filled with mid-century flair.

It didn’t hurt that his grandmother had Holt-Howard ceramic roosters – a flock he would inherit one day – and a fantastic spaghetti poodles collection. 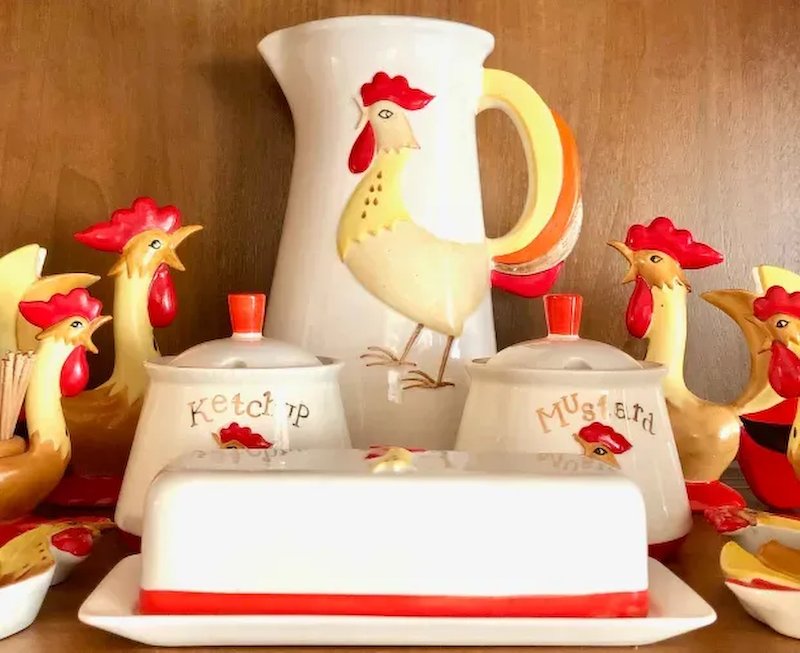 That kind of stuff sticks with a kid like, well, spaghetti tossed on a wall. Turns out, the spaghetti poodles sealed the deal, so much so that Johnson has a poodle-themed guest room in his Naples, Florida, home.

But that’s now. We need to go back to another kitchen table more than twenty years ago. This one, set in 1998, wasn’t filled with cool dinnerware, only a server and a couple of computers.

And, most importantly, a dream. A wild, brightly colored, fun dream that Johnson would name after his mother, Ruby, and one that would lead to a seismic shift in the antiques and collectibles field.

So yes, the kitchen table has been very good to Johnson, president and CEO of Ruby Lane, the world’s largest curated online marketplace for high-quality vintage collectibles and antiques. 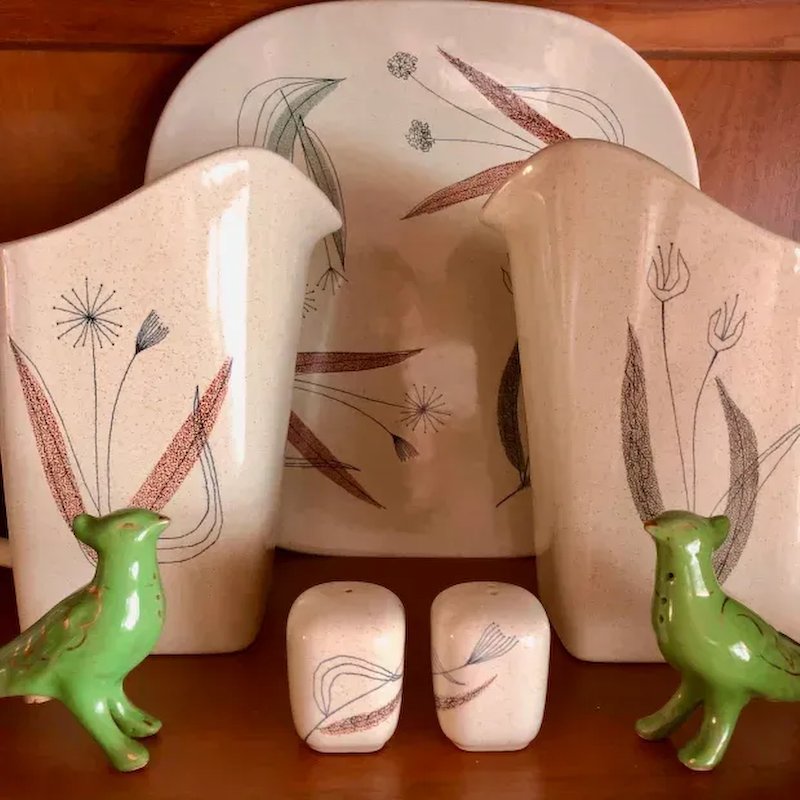 A mid-century modern flair can be seen throughout Johnson’s home, decorated with many, many purchases found on Ruby Lane.

Hosting more than 2,000 shops and welcoming more than 1.1 million visitors monthly, Ruby Lane has ridden an incredible wave of technology and ecommerce advances for more than twenty years, transforming the online shopping experience for buyers and sellers alike.

Nothing illustrates this transformation like running a business during a pandemic.

“We have been very fortunate through this global crisis to remain fully operational and doing robust sales on the platform,” Johnson said last year while declining a six-figure Paycheck Protection Program loan. “The distribution channels our sellers use have remained largely unaffected, which was one of our major concerns a few months ago. As for our staff, we have been working from our home offices, all over the world, for more than twenty years, so stay-at-home is part of our company culture.”

Johnson admits that one of the reasons he started Ruby Lane was purely selfish. “In 1998, I was collecting 1950s dishes and found it cumbersome to complete a set,” he told Antique Trader in a story celebrating the company’s twentieth anniversary. “Searching shops online was difficult and often proved fruitless, especially since the Internet was in its infancy.”

Along with co-founder, Jim Wilcoxson (who left the company in 2005), Johnson’s goal was to make online shopping for antiques and vintage collectibles easy. 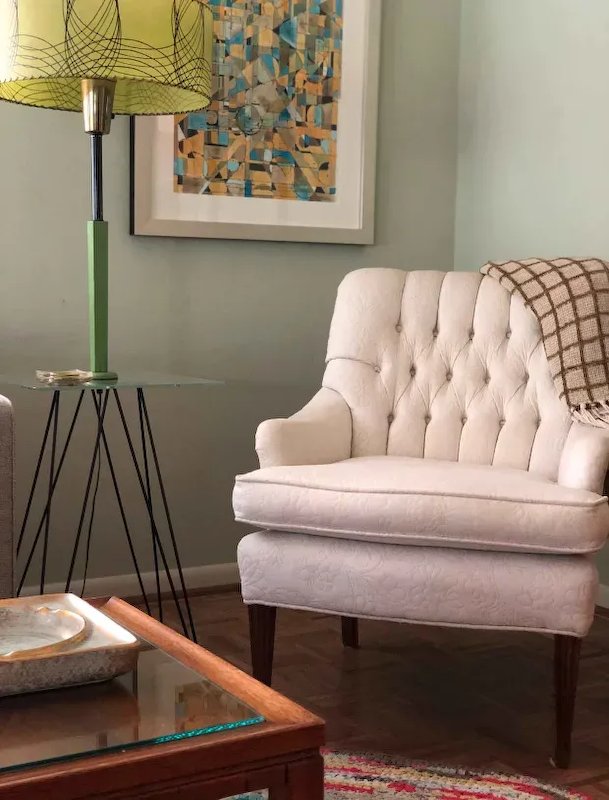 While his Naples home is filled with vintage items that give it a ’50s-’60s vibe, don’t be fooled by Johnson’s collecting passions. There’s far more at work here.

Johnson’s background includes a six-year assignment as software engineer and technical liaison with IBM in Tokyo, where he worked closely with clients such as Nissan, Sony, Toyota and Honda, followed by work in Germany, London and Detroit. Clearly he had the technical chops to make his dream a reality.

But there’s more. The collector with crazy high-tech skills graduated with top honors from the University of Minnesota, earning a bachelor’s degree in Computer Science and a minor in Mathematics and Music. Early on, Johnson aspired to be a concert pianist.

Tom Johnson has come a long way from that childhood kitchen table in Grand Forks, North Dakota, and yet, in a sense, not that far at all. We asked him to share the journey. 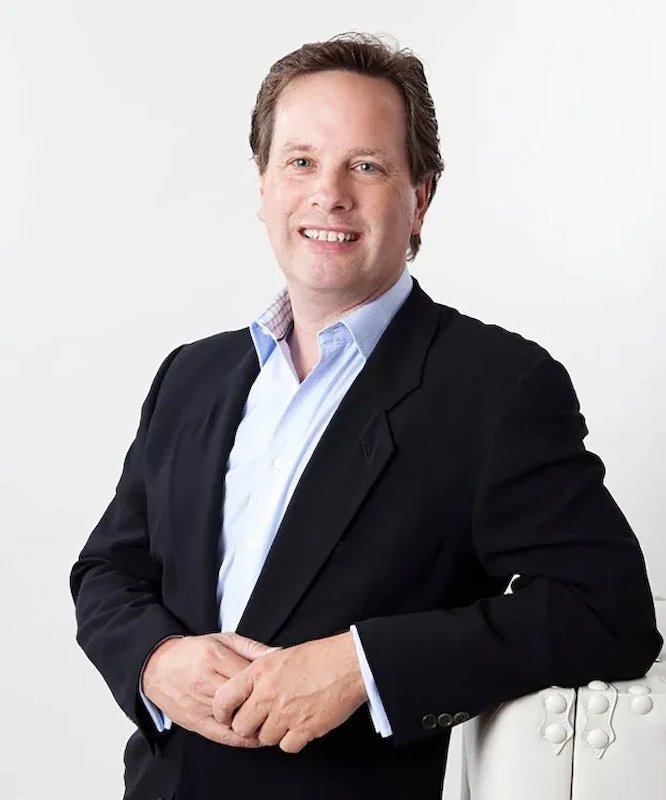 Johnson proves that music and math do go together.

Antique Trader: What is the key to your success in business? In life?

Tom Johnson: I’m passionate for what I do and have a strong work ethic. That passion drives you to be the best you can be. If you don’t have that, you’re destined for failure. I also have a truly wonderful team at Ruby Lane, and time has taught me to trust in their abilities – they all do such a wonderful job and have won numerous awards for doing so.

AT: Years ago you made a massive commitment to innovation and technology when Ruby Lane was launched. What did you see early on that convinced you?

Johnson: It’s hard to believe we’re approaching our 23rd anniversary. So much has changed since then, but my core principles of making the site as automated as possible combined with my foresight to see online shopping was inevitable. Focusing on automation meant not having to rely on manual interventions, which require extra staff and frankly more overhead costs and headaches.

Whenever we’re brainstorming new ideas, to this day automation is one of the key components. It’s not so hard to innovate, but it’s tricky to implement something that’s mostly automated. Soon after we started, the dot.com bubble happened in 2000. Many of our competitors folded then because they were not tech driven. I knew then we were on the right path. 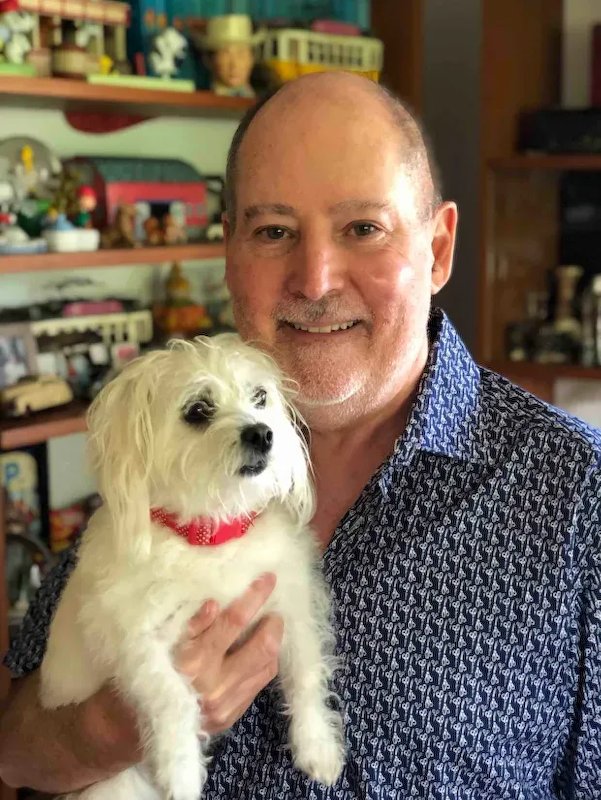 AT: When you look to the future, what do you see for the antiques and collectibles field?

Johnson: Well, obviously online marketplaces have firmly taken hold and there’s no stopping that development. But I feel there’s a nice balance between brick and mortar, antique shows, and the online space, plus there are many crossover possibilities, such as Ruby Lane hosting traditional antique events online now.

Unfortunately for many antique dealers, they are losing their individual identities to major sites that are now folding dealer shops into their own brands, in turn shifting their well established dealers into their no-name suppliers. But Ruby Lane will continue to promote dealer identities, as I believe they are the root of any great antique and collectible marketplace.

Also since the 2020 pandemic started, more people are looking at their home more closely and there is a shift to find unique things for their home, to be a reflection of who they are. Antiques and collectibles can fulfill that need, and curated sites such as Ruby Lane are helping. 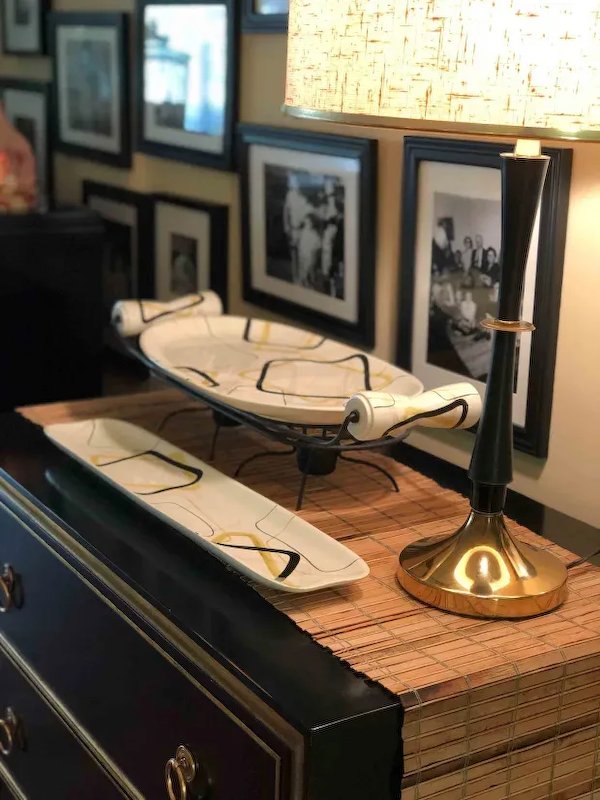 Johnson’s life and mid-century decorated home is testament to the enthusiasm he has for Ruby Lane, the company he co-founded in 1998.

AT: What motivates you?

Johnson: I like to deliver solutions that are simple and elegant, that serve both myself, my staff, and all Ruby Lane customers, both sellers and buyers. In turn, finding beautiful things on Ruby Lane and hearing dealer success stories is truly motivating. As long as I can keep doing that, it’s a good day.

AT: Biggest influence in your life?

Johnson: That would be my parents, especially since I named the site after my mom Ruby. My folks provided such a stable, nurturing environment growing up, and both my mom and dad taught me so many valuable lessons and skills that carried over perfectly into the “real world.”

AT: The house is on fire, what piece from your personal collection do you grab? Why?

Johnson: I’d head to the front closet and take the 1950’s Culver Christmas Rudolph Reindeer hi and lowball glasses my folks had growing up. Rudolph’s nose is a red rhinestone and as a kid I was so fascinated by that. Over-the-top Christmas decorations are something I cherish. Oh, I might run by our “poodle” guest room and grab a few spaghetti poodles my grandma gave me as well. 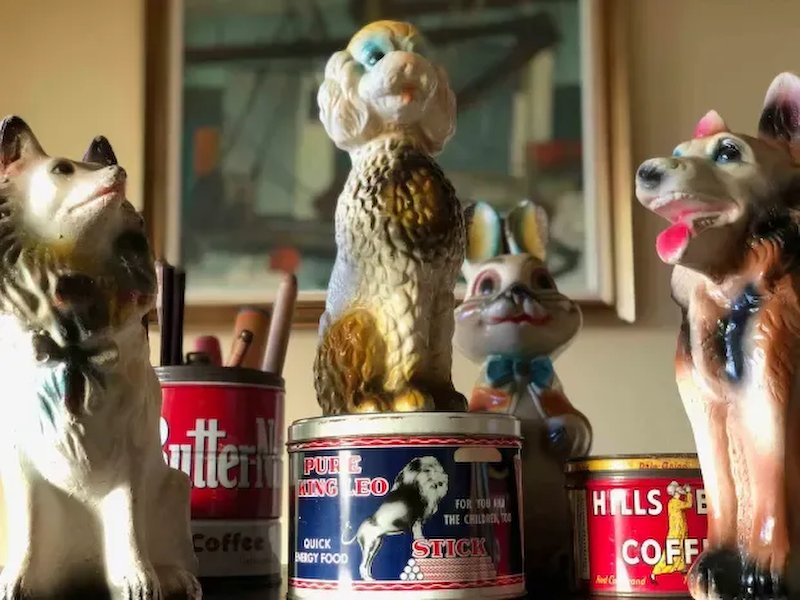 A touch-tone phone is among the prized Snoopy collectibles in Johnson’s home.

AT: What is your great-unknown talent?

Johnson: When I set out for college I was on a pathway to be a concert pianist, but quickly learned my perfectionist tendencies did not bode well for that path. Plus, I was a nervous wreck before concerts and performing with symphonies. I quickly put more focus on computer science and math, but I did keep up with playing trombone in a Big 10 marching band. Music and math do go hand in hand.

AT: What would you like to be remembered for?

Johnson: Hopefully as a pioneer that helped transform the Antique and Collectible world to the golden age of the Internet, along the way helping our small business shop owners succeed.

Paul Kennedy is Editorial Director of the Collectibles Group at AIM Media. He enjoys modern furniture, photography, vintage movie posters and people with a good story to share. Kennedy has more than twenty years of experience in the antiques and collectibles field, including book publishing. Contact him at PKennedy@aimmedia.com.

Back to all Articles